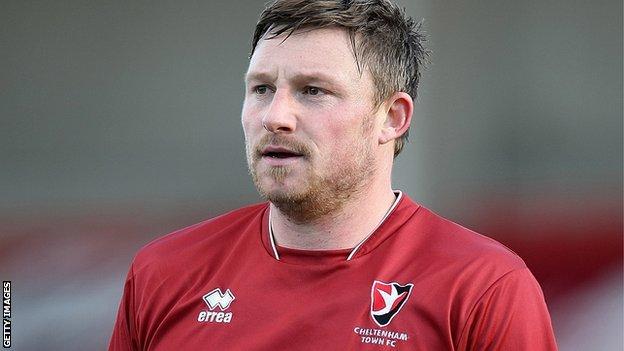 The 35-year-old has made 175 appearances and scored eight goals in four seasons with the Robins.

Centre-back Elliott will now take on additional work alongside manager Mark Yates, who will head a new-look coaching set-up.

"It's the perfect situation for me," the former Bristol Rovers and Derby player told BBC Radio Gloucestershire.

"It was a no-brainer and it's something which I'm looking forward to starting.

"I've had a fantastic four years at Cheltenham and I want to try and take the club to another level."

Club captain Elliott was ever-present in Cheltenham's 2012-13 campaign and played 52 games in all competitions.

He made 35 appearances this term and scored his only goal in the final match of the season against Dagenham.