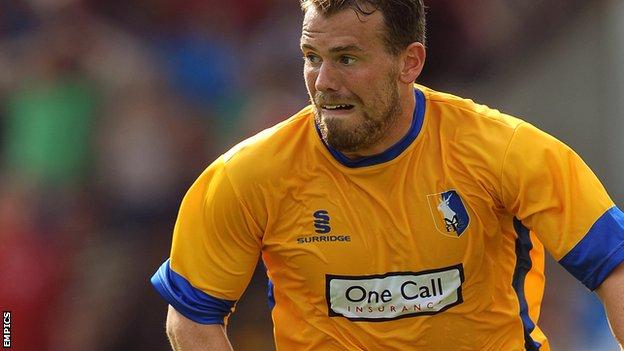 Mansfield Town winger Louis Briscoe is the latest player to be released by the League Two club.

However, he made just three appearances for Mansfield on their Football League return last term, and went out on loan at Conference Premier side Nuneaton.

Briscoe's goals against Lincoln City in the FA Cup second round tie and subsequent replay set up a meeting with Liverpool in 2013.