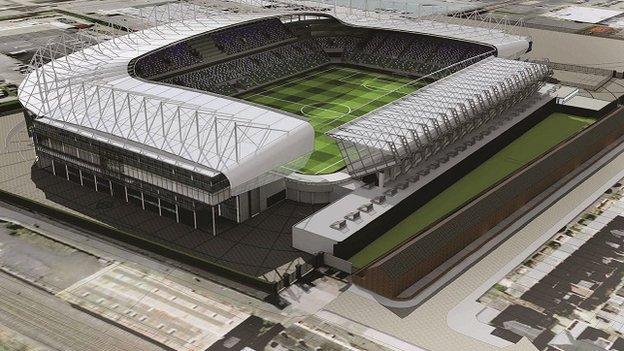 Linfield have confirmed they will play their Europa League home game in July at Mourneview Park.

The redevelopment work currently underway at Windsor Park left the Blues searching for a venue to stage their home tie on either 3 July or 10 July.

With their own ground unavailable, Linfield have selected Glenavon's stadium in Lurgan to host the game.

Glenavon's Irish Cup success means they are also in the draw for the Europa League, which takes place on 23 June.

Linfield's game may be brought forward by a day, or reversed with the away fixture, should their home tie clash with Glenavon's.

With Windsor Park unavailable, Linfield's opening few league games will all be scheduled away from home when the fixtures for the new season are released.