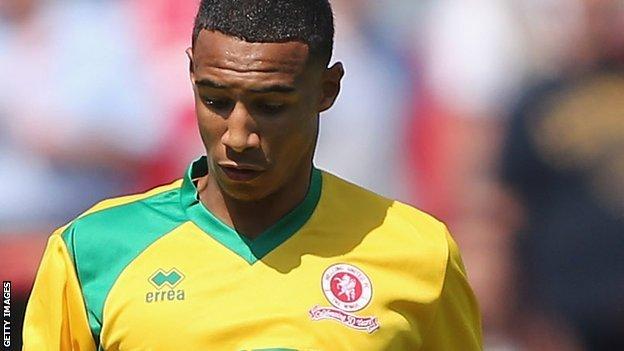 He left his home in Jersey to sign for Accrington Stanley in 2011 and played 13 games for the club.

Wedgbury, 25, played for League One Stevenage last season and previously had non-league experience with Macclesfield and Altrincham.

"I'm delighted. It's a club with a lot of ambition and I can't wait to get started," Guthrie told BBC Gloucestershire.

"There's a lot for me to learn but Ady Pennock has told me what he wants for the club, how they want to progress to the Football League, and that's what I want."