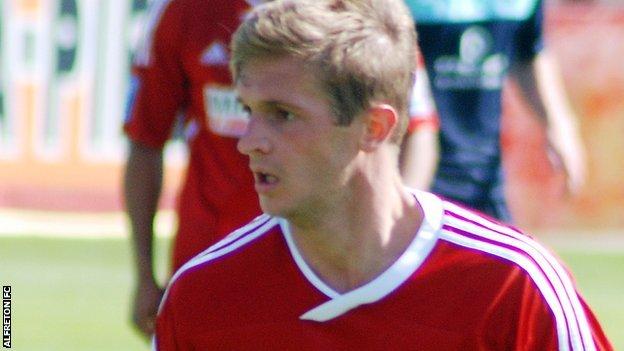 Franklin, 26, was supporters' player of the year in 2008, but left after the old Boro went bust and were demoted two divisions, and joined Hinckley before moving on to Alfreton in 2010.

Reid has been in charge since 17 April when he took over from caretaker boss Mark Noon, who is now his assistant.

"It's a very good signing for the club and shows intent," said Noon.

"I played with Connor for a couple of seasons when he joined the club and I am delighted we have managed to re-sign him.

"He is a good defender, who looks to join in at every opportunity. The possibility of him linking up down the left side with Simon Forsdick is an exciting prospect."

Meanwhile, Boro's 17-goal top scorer Louis Moult has been offered new terms by the club, but goalkeeper James Belshaw's future is yet to be decided.