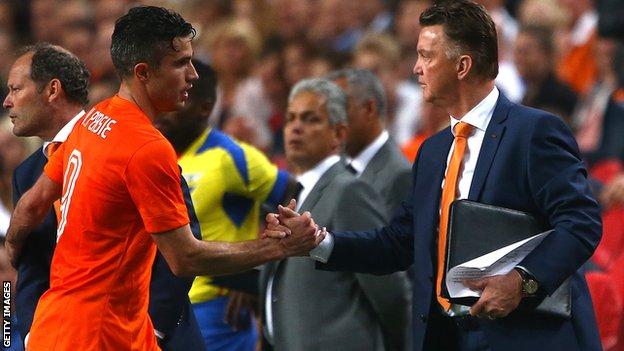 Jefferson Montero fired in from Felipe Caicedo's pass to give Ecuador the lead against a weakened Dutch side.

Van Persie equalised in stunning fashion, controlling a long ball from the half way line on his chest before lashing home inside the area.

It extended Van Persie's record number of goals for his country to 42.

Van Persie is expected to play in all of the Netherlands' warm-up matches to work on his match fitness ahead of this summer's World Cup after a two-month injury lay-off.

The Dutch also have friendlies against Ghana in Rotterdam on 31 May and Wales in Amsterdam on 4 June.

Van Persie played 79 minutes against Ecuador before he was substituted for Klaas Jan Huntelaar.