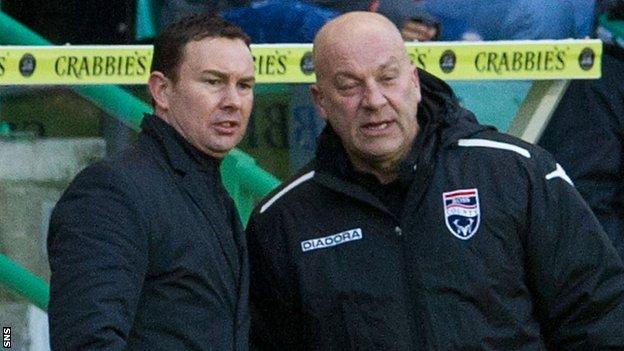 Neale Cooper has left his post as assistant manager of Ross County.

The Scottish Premiership club say the 50-year-old's exit is "part of a restructuring of the football staff".

Physiotherapist Paul Chappell also leaves the Dingwall outfit after the avoided a relegation play-off in the final week of the season.

Manager Derek Adams told his club website: "I would like to thank Neale and Paul for their assistance while at the football club."

Having ended his playing career at County, where he was manager for six years, he went on to manage Hartlepool United, Gillingham and Peterhead before returning to the Highland club.

Adams later insisted that his own immediate future remained at Victoria Park.

Teenagers Stephen Miller, James Beeston and Connor Lyall have been retained for a second season with the under-20s.

"I'm pleased to see the progression these boys have made and the contract offers come as a reward for their hard work and strong performances during their time with the club," said Adams.

"It is pleasing for me as a manager to see local youngsters taking advantage of the opportunity the youth system here has afforded them.

"I thank both them and the coaches who have worked with them for their efforts."