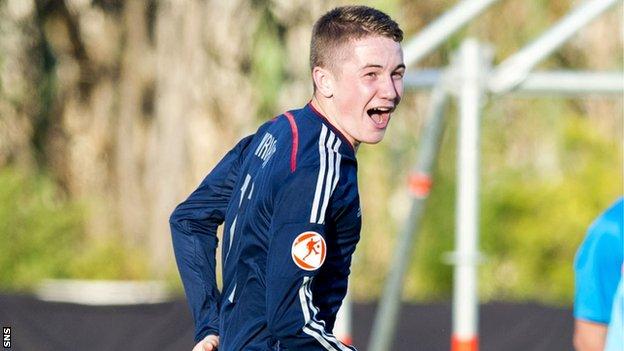 Scotland could be heading for a semi-final against England at the European Under-17 Championship finals after defeating Germany 1-0.

Scott Wright's header from a Calvin Miller cross 15 seconds into the second half means the Scots are second in Group B behind Portugal.

England and the Netherlands have both already qualified from Group A.

Depending on the results of the final round of fixtures, the British sides could meet in the last four in Malta.

Portugal, who opened with a 2-0 win over the Scots, are through to the next stage after defeating Switzerland 1-0.

But Scot Gemmill's side will join them should they at least draw with the Swiss, who have taken just one point after drawing with Germany, in Thursday's final group games.

On the same day, England play the Dutch in the other section. The English need to avoid defeat to top the group on goal difference and earn a last-four tie with the runners-up in Scotland's pool.