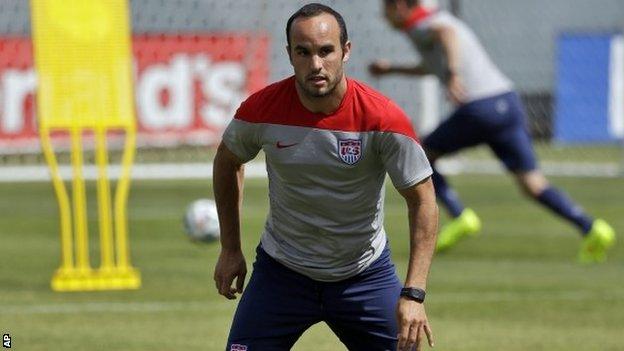 LA Galaxy striker Landon Donovan has been cut from the United States squad for the World Cup.

The ex-Everton player, who has won 156 caps and scored 57 goals, was one of seven players axed as Jurgen Klinsmann named his final 23-man squad.

Sunderland striker Jozy Altidore is going to Brazil despite only scoring two goals in 39 club appearances.

The United States are in a difficult looking Group G, with Germany, Portugal and Ghana.