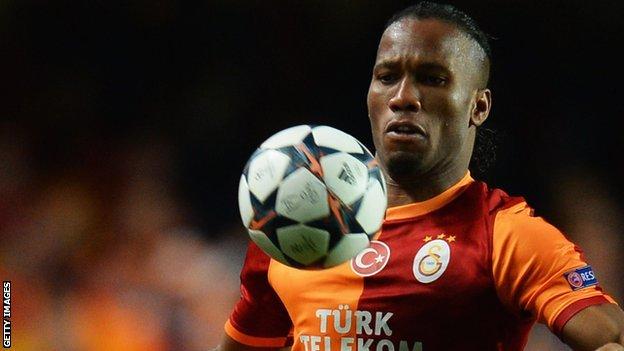 Striker Didier Drogba, capped 100 times, spearheads the so-called "golden generation" who will have a last chance to grab glory in Brazil.

Forward Lacina Traore, who had an injury-ravaged loan spell at Everton, was cut from the provisional squad.

The 6ft 8in striker made only two appearances for the Premier League club during his temporary spell from Monaco. He scored on his debut on 16 February but then was kept out by a leg problem until the final day of the campaign when he came off the bench in the 90th minute.

Lamouchi decided not to gamble on his fitness as he cut five players from his original 28-man squad.

"I've known a few difficult moments in my two years as national coach of the Ivory Coast, like when I was appointed, the criticism, the pressure to get results etc. But today has been by far the most difficult day," said Lamouchi when he announced his final selection on Sunday.

The Elephants will face Colombia, Greece and Japan in Group C, which appears to be a much easier draw than in their two previous appearances at the tournament.

Unlucky 2006 and 2010 group draws resulted in the West Africans finishing third behind Argentina and the Netherlands in Germany and third behind Brazil and Portugal in South Africa.

Former Chelsea star Drogba, 36, is confident his side will do better this time.

"Competing at the previous two tournaments was very difficult," said the Galatasaray player. "We have a realistic chance to do better in Brazil and get past the first round."