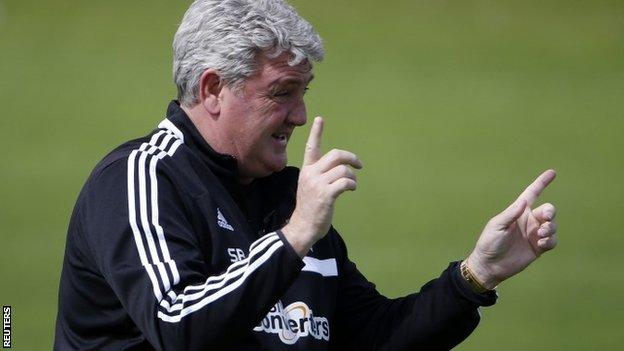 Bruce's side face Arsenal on Saturday at the end of a week which started with Tim Sherwood and Pepe Mel being sacked.

"Two or three people have lost their jobs in the last 48 hours so I'm going to take a deep breath and enjoy the occasion," said the 53-year-old.

Bruce has taken Hull to their first final in his second season in charge.

Bruce expressed his sympathy for Sherwood following his departure from Tottenham and admitted that Premier League management is becoming an increasingly hazardous occupation.

"From the outside I don't know how much more he could have done. In terms of results he's been terrific," Bruce said.

"I never thought I'd see the day but it's now becoming like it is in Europe or South America. In fact, it's probably worse now.

"We keep getting told the average lifespan is 13 months and another good young manager has just lost his job."

Bruce, a manager for 15 years, won the FA Cup twice as a player with Manchester United but is looking to make history with Hull.

"It's a new experience for me as a manager and it's a wonderful achievement for the club and the city," he said.

"It's a working-class city and if we can bring the cup back and give it something to shout about it would be terrific."