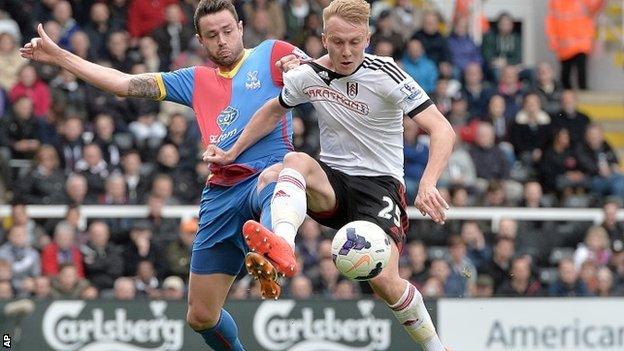 Fulham striker Cauley Woodrow has received his first call-up to the England Under-21 squad for their European Championship qualifier against Wales and the Toulon Tournament.

The 19-year-old, who played in Fulham's final six Premier League games of the season, is one of eight potential new caps named by coach Gareth Southgate.

They lead their qualifying group for the 2015 European Championships by six points and would all but seal their place in the finals in the Czech Republic if they beat Wales at Swansea's Liberty Stadium on Monday.

Southgate's squad will fly to France the following day to prepare for the Toulon Tournament, which runs from 21 May to 1 June.

Manchester United's Wifried Zaha and Jesse Lingard, Tom Ince of Crystal Palace and Burnley's Danny Ings will only be available for the game against Wales as they are too old to take part in Toulon.

* Only available for Wales match.