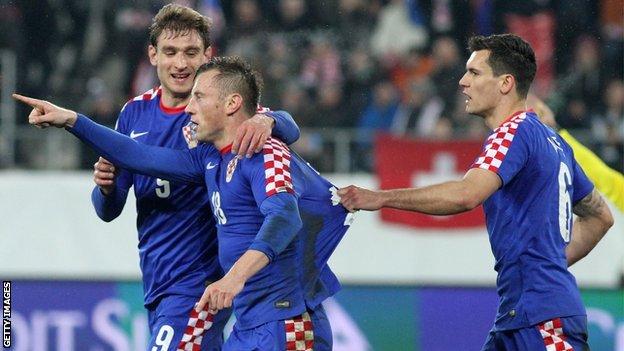 Croatia are in Group A, alongside hosts Brazil, Mexico and Cameroon.

However Badelj returned to the squad after Rijeka's Ivan Mocinic was ruled out injured one day before their World Cup opener with Brazil.

Defender Josip Simunic, who has won 105 caps, missed out on the original squad after failing with an appeal to the Court of Arbitration for Sport against a 10-game ban for making a fascist salute in November.

Two other players had also been ruled out of the provisional 30-man squad through injury.

Dnipro left-back Ivan Strinic and Hamburg midfielder Ivo Ilicevic, who also missed Euro 2012, will not be going to Brazil because of leg injuries.