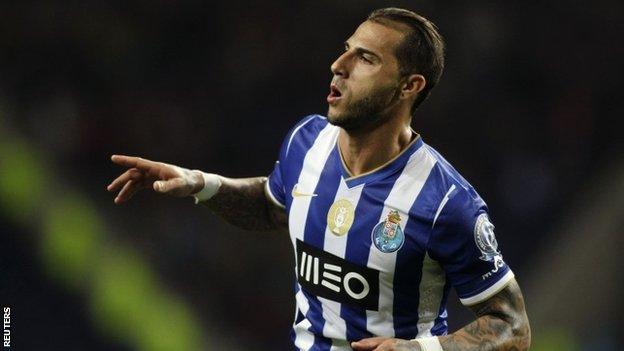 The 30-year-old, who re-joined Porto in January six months after leaving Al Ahli, had not won a cap in almost two years but had been named in the provisional 30-man squad.

Captain Cristiano Ronaldo, 29, makes the cut despite a hamstring injury.

However, the forward is expected to be fit for Saturday's Champions League final with Atletico Madrid.

Manchester United's Nani is the only English-based player in the squad.

"The position of national team coach carries a lot of prestige and is not immune to criticism," Bento said.

"I have to accept that people will question my decisions. Nani has difference characteristics to Quaresma."

Portugal are in Group G with Germany, Ghana and the United States.