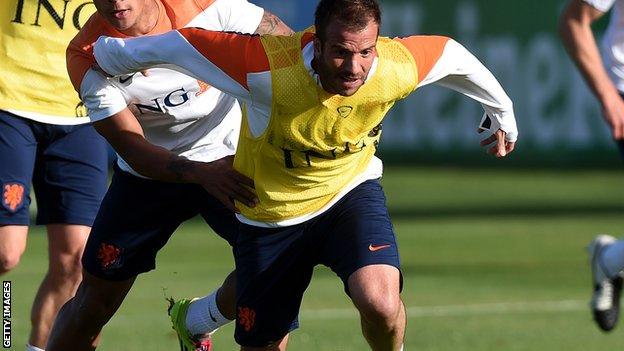 Van Gaal, who will become Manchester United boss after the World Cup, had to cut seven players from his provisional 30-man squad.

Hamburg's Van der Vaart was the most experienced member of coach Van Gaal's provisional squad for this summer's tournament, with 109 caps.

Netherlands open against Spain before facing Australia and Chile in Group B.