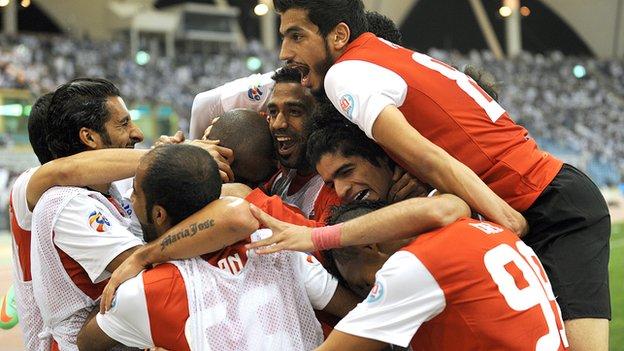 Both goals came in the second half with strikes from Amr Gamal and former Hull City striker Gedo.

Nkana had hoped a change of opponent and venue would bring success on a second visit to Cairo.

Two months ago, they were left humiliated by a 5-0 drubbing from Zamalek at the Air Defence Stadium which ended their Champions League campaign.

No Egyptian club has won the Confederation Cup with ENPPI coming closest by reaching the 2009 semi-finals.

Etoile are the most experienced of the eight title challengers having won the 2006 Confederation Cup and finished runners-up two seasons later.

Asec Mimosas, the other Ivorian contenders, returned to Mali where they drew 1-1 with Real Bamako on Saturday in the only Group A fixture.

Former title-holders AC Leopards postponed a home game against Cameroonians Coton Sport because their top players have been chosen by Congo for an Africa Cup of Nations eliminator in Namibia.