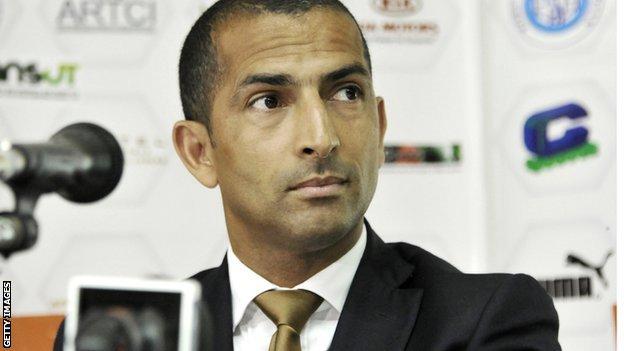 Midfielder Toure was taken off as Manchester City clinched the English Premier League title on Sunday.

All three are in Lamouchi's provisional World Cup squad but he said Toure needs rest, Traore is "a gamble" and Drogba must be closely monitored.

Lacina Traore is the big question mark. Everyone agrees he is an incredible talent, but this guy played very little this year

"Yaya will have to rest and recuperate. He didn't come off because he was tired, he was substituted because he had a small injury. It was due to fatigue," Lamouchi said.

"We're hoping that it wasn't too serious. He'll need to get treatment. Yaya will need to recuperate from his long season, his busy season.

"With a good World Cup, I think Yaya will be a serious contender for the Ballon d'Or," Lamouchi added, citing the annual Fifa award for the world's best player usually awarded in December.

"But it's clear that if Ivory Coast hopes to go far it will depend upon a successful World Cup from Yaya Toure."

Lamouchi said Drogba's recovery from recent groin surgery, carried out in Qatar, was being closely followed.

"Not having him on the pitch is of course worrying for everyone," Lamouchi said. "Everyone knows the winning, competitive, champion's spirit that Didier could bring out of the players during the World Cup."

Lamouchi also explained the decision to include Traore in his provisional 28-man squad, which he announced on Tuesday, even though the forward has been sidelined by a hamstring problem.

"Lacina Traore is the big question mark. Everyone agrees he is an incredible talent, but this guy played very little this year.

"But we are going to need everyone. I had to come up with a list that would allow me a number of options in case some of them have to withdraw."

The Elephants are due to prepare for the World Cup at a training base in the United States.

At the finals in Brazil they are in Group C, alongside Japan, Colombia and Greece.