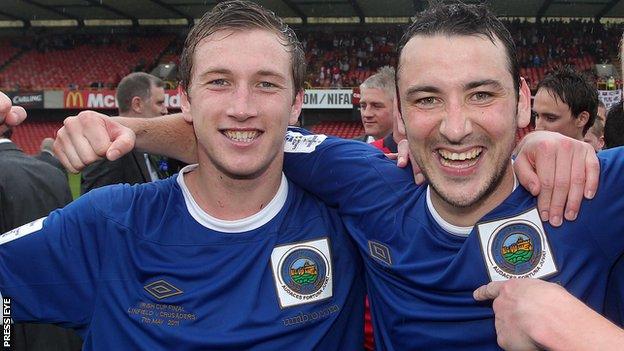 McAllister has joined the Ports on a three-year deal while Gault signed a two-year contract.

The pair will be reunited with Robert Garrett, another midfielder who recently left Linfield for Portadown.

Gault's departure came after manager Feeney revealed the club had failed to agree terms on a new contract with their skipper.

The 31-year-old midfielder played 480 games for Linfield and his arrival at Portadown will be regarded a something of a coup for Shamrock Park boss Ronnie McFall.

The Ports narrowly missed out on a place in the Europa League as they finished the season in fourth place.

McFall said he had wanted to strengthen his midfield and that new signing Gault was in his prime.

Meanwhile, McFall has confirmed that Kieran Harding will remain as his assistant after speculation he would depart Shamrock Park.