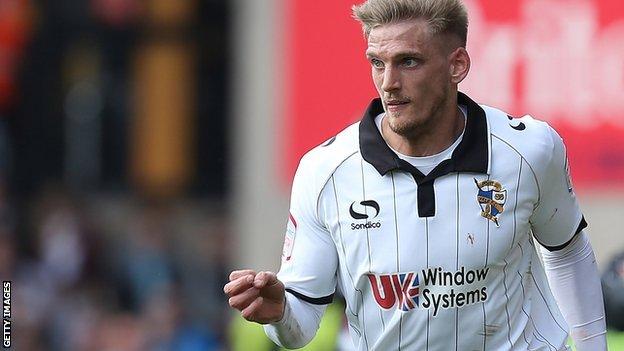 Jones, 27, was sacked by Vale in April after a training ground altercation with team-mate Doug Loft left the latter with a broken cheekbone, though he decided not to take legal action.

The former Wolves and Sheffield Wednesday full-back is the Spireites' first summer signing.

Paul Cook's side won promotion from League Two as champions this season.

Jones told the club website: "I'm really delighted to have joined Chesterfield because it's a very ambitious club.

"It's a very exciting time at the club following the title win and I can't wait to be involved."