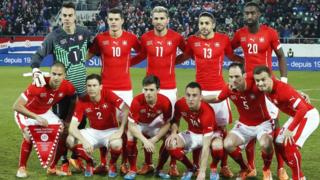 A profile of the Switzerland team ahead of the 2014 World Cup in Brazil.

The Swiss have several talented youngsters coming through from the sides that won the Under-17 World Cup in 2007 and reached the final at the 2011 European Under-21 Championship.

They will compete in Group E alongside France, Honduras and Ecuador.