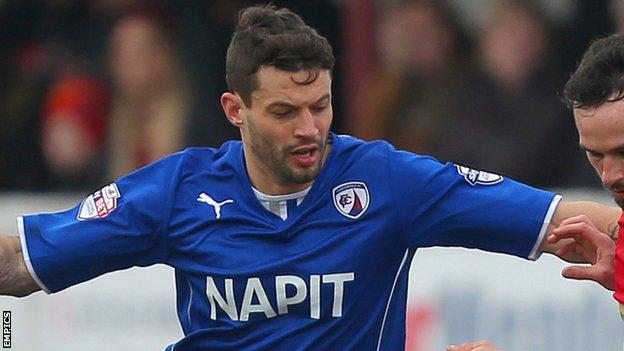 Striker Marc Richards has returned to former club Northampton Town on a three-year deal after rejecting a contract at Chesterfield.

He was on target eight times in 46 appearances this season as Chesterfield won the League Two title.

"I had an opportunity to stay there but felt it was best I move on to get more games," he told BBC Radio Northampton.

"I want to get as many promotions as I can before I hang my boots up and, hopefully, I can help Northampton get some good memories."

Richards, who is Cobblers boss Chris Wilder's first signing of the summer, started his career at Blackburn and has had spells with Barnsley and Port Vale.