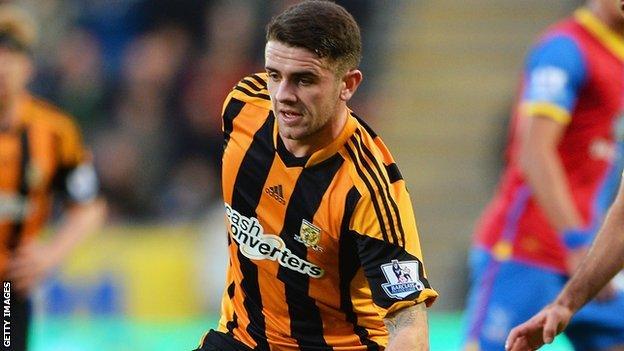 Brady, 22, was expected to miss the rest of the campaign after undergoing surgery on a groin injury in March but has now returned to full training.

"He's come from nowhere in the last couple of weeks. It's amazing what an FA Cup final does," manager Steve Bruce the Hull Daily Mail.

"We've seen him training for the first time in six months. It's incredible."

In October, Brady made a quicker-than-expected return after a hernia operation.

He then missed seven matches in December and January with a groin problem, before suffering a recurrence of the injury in February and undergoing surgery the following month.