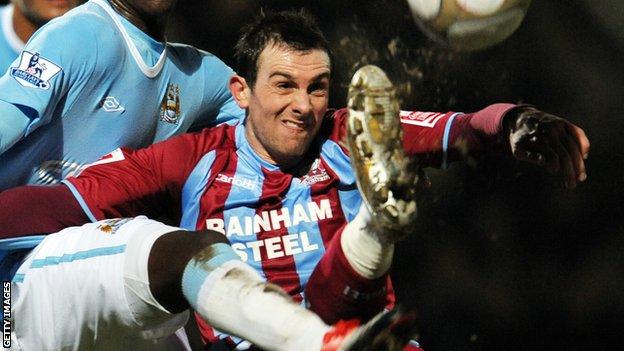 Wycombe Wanderers have signed striker Paul Hayes on a two-year deal after his release by Scunthorpe.

The 30-year-old scored six goals in six games during a loan spell with the Chairboys from Charlton in 2012.

Hayes has finished his third stint with the Iron, where he scored four times in 15 games during a short-term deal to help them win League Two promotion.

Wycombe boss Gareth Ainsworth said: "It sends out a statement that we're trying to build the squad the right way."

He added: "He's played at a higher level than this and when he came here the first time he really opened my eyes to what a good player he is.

"He's clever, he leads the line really well but he can also come off the line and link the play."