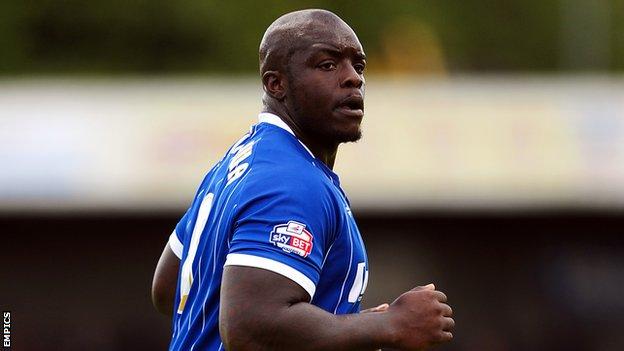 Striker Akinfenwa, 32, scored 10 goals in 34 league appearances for the Gills in 2013-14 while winger Whelpdale, 25, featured 28 times in all competitions.

Midfielder Charlie Lee and forwards Craig Fagan and Myles Weston are among those leaving the League One club.

Lee joined the Gills from Peterborough in summer 2011 following a loan spell the previous season and the 27-year-old scored a total of 11 goals in 111 appearances for the club while winger Weston, 26, scored 10 goals in 82 outings after moving to Kent in August 2012.

Fagan, 31, scored twice in 18 appearances after joining in November while midfielder Gregory, 26, played 59 games following his arrival in January 2013.

Birchall moved to Gillingham from Dover in summer 2011 but the striker's spell with the club was beset by injury, and the 29-year-old scored one goal in 21 appearances.

Goalkeepers Baxter and Howard and defenders Borrowdale and Carter did not make a senior appearance for the Gills.