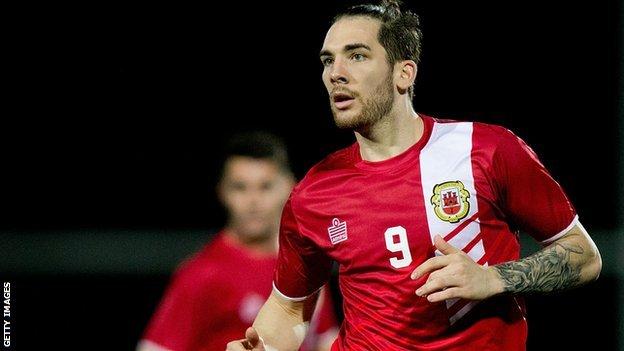 Conference Premier side Kidderminster Harriers have made their second signing in as many days, with Gibraltar international striker Reece Styche agreeing a two-year deal at Aggborough.

Styche spent the final three months of 2013-2014 on loan at League Two Wycombe after four years with Forest Green, by whom he was released in April.

"Kidderminster is a club on the up and I know they have always played football the right way," Styche told the Harriers website.

"That makes it a perfect move for me."

Styche began his career with Hednesford Town before joining Rovers in January 2010.

In four years he scored 34 goals in 109 games before moving up a division where he made 14 appearances as Wycombe narrowly avoided relegation from the Football League.

Styche, who made his international debut for Gibraltar in March, is not concerned about dropping back down into the Conference Premier.

"This is a club with ambition to be in the Football League and, after three months in League Two, it's quite clear to me that there is very little difference between the two levels," Styche said.

After a coming through a period of turmoil off the pitch this season that saw chairman Mark Serrell quit the club and managers Steve Burr and replacement Andy Thorn both sacked, Harriers narrowly missed out on the Conference Premier play-offs under new boss Gary Whild.

But Styche is confident they can be a force in the division next season.

"I believe we've got what it takes to get ourselves promoted and hold our own," he said.