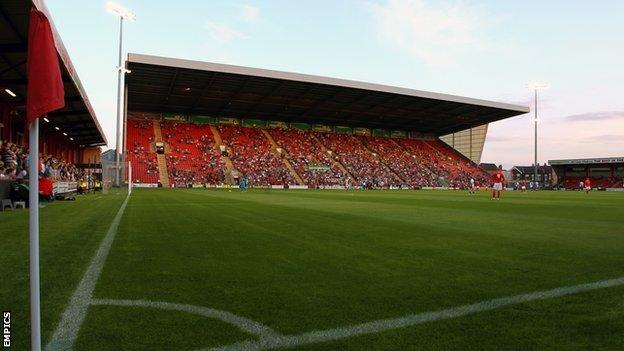 Teenagers Perry Ng and Fraser Murdoch have both signed their first professional contracts with League One side Crewe Alexandra.

They are the first of six scholars who have been offered deals to commit their immediate futures to Gresty Road.

Ng was part of this season's successful Alex Under-21 team, while Murdoch made the first team squad in pre-season.

"It's a great feeling to sign a professional contract after a hard season. I'm just buzzing to have been offered one," said Ng.

"I'm going to have to work hard to push on and get into the first team."

Ng has been part of the Alex's Under-18 and Under-21 development sides that both reached the finals of their respective competitions this season, with the Under-21s being crowned champions.

"To be part of the Under-21 success gave me a taste of it and it was great to play alongside some of the more experienced lads here," he said.

"It was good to get to know them and learn how the first team works."

The Liverpool-born defender, who has been with Crewe for 10 years, is not fazed by the prospect of challenging for a senior place.

"I'll work hard through the summer to get fit and strong," he said. "I know I need to bulk up a bit, but I'll be trying my hardest.

"I'll be trying to get a starting place and see where it takes me."

Murdoch, who is from Manchester, scored six goals for the Alex youth team and the Under-18s before a knee injury cut short his season.