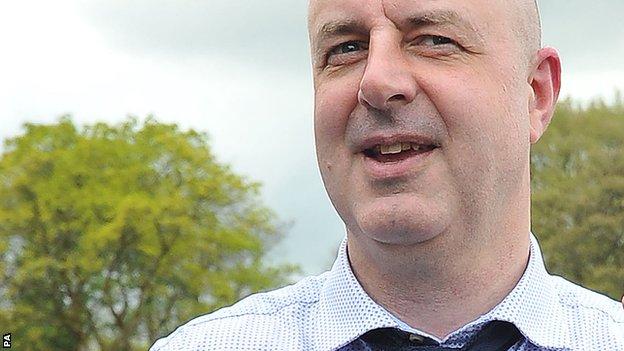 Rochdale manager Keith Hill has backed Jack Muldoon, his first summer signing, to be a success in League One.

The 24-year-old striker, who scored 21 goals last season for Northern Premier side Worksop Town, has agreed a one-year contract at Spotland.

"I'm not afraid to take him into League One at all. He'll be a pleasant surprise," Hill told the club website.

"Jack's not a household name at the moment, but he will be, don't worry about that," added the 44-year-old.

Rochdale will play in the third tier next season after finishing third in League Two.