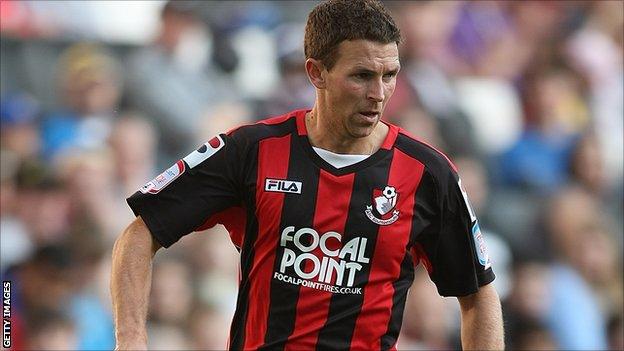 Bournemouth defender Stephen Purches says deciding to retire was a "tough" decision but believes it is the right time to bring an end to his career.

He made over 250 appearances before joining Leyton Orient but returned to the south coast for a second spell in June 2010.

"It's tough," he told BBC Radio Solent. "Mentally I've been prepared for it for the past year."

Purches suffered a serious injury in February 2012 and has not played a first-team game since.

The full-back suffered a double leg fracture at Rochdale and despite a successful operation and subsequent rehabilitation has been unable to force his way back into Bournemouth's first team.

"You can go through spells where you think you are OK," said Purches. "But when you need anti-inflammatories to get through training I've been mentally prepared for retirement but it is still a hard decision to say 'that's it' and 'I can't do it anymore'.

"But I'm finishing with the club I wanted to and I played my last game for the club that has meant a great deal to me over my time."

Purches, who is now the club's development squad coach, is relishing his new role at the Cherries and will look back at his playing career with several fond memories, including the 2003 play-off final.

"Definite highs were that game in Cardiff, signing here and the testimonial against West Ham," he added.

"So it's not too bad and I'm not feeling sorry for myself. I'm looking forward to moving on with the club."