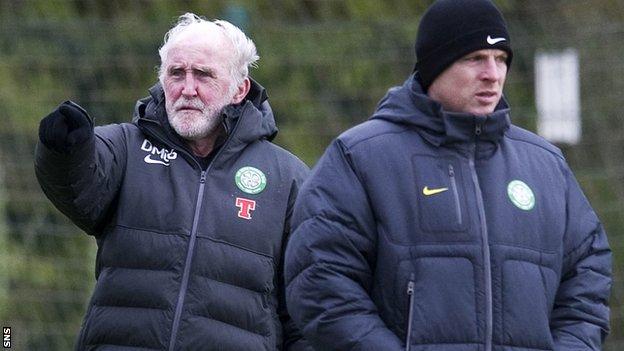 The 64-year-old former Scotland full-back has been a member of staff at Celtic Park since 1997 and was made first-team coach in October 2012.

A statement said: "Danny is recovering well and is scheduled to be released from hospital tomorrow [Friday].

"The best wishes of everyone at the club are very much with Danny as we wish him a full and speedy recovery."

McGrain won eight Scottish league titles, five Scottish Cups and two League Cups with Celtic between 1967 and 1987 and was capped 62 times by Scotland.