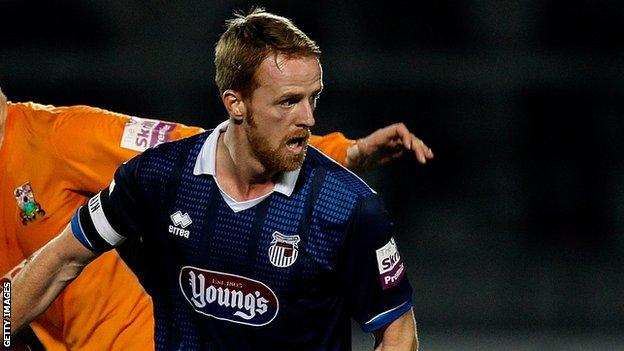 The 32-year-old midfielder joined the Mariners from Shrewsbury in 2011 and has made 123 league appearances for the Blundell Park side.

He scored 12 goals this season, including scoring in both legs of their play-off defeat by Gateshead.

"I scored some important goals towards the end of the season, but ultimately, I'm disappointed in the way it finished," he told the club website.