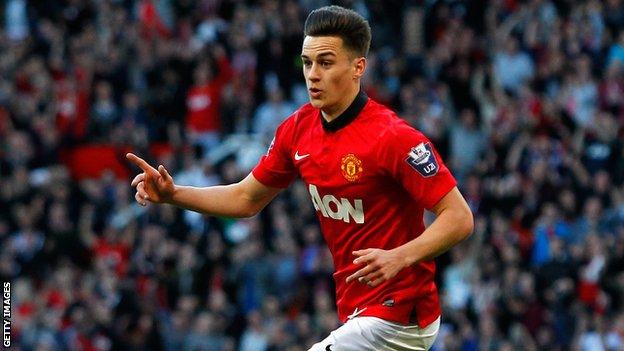 Manchester United midfielder Tom Lawrence has pulled out of the Wales Under-21 for the Euro 2015 qualifier against England next Monday.

The 20-year-old picked up an injury in United's Under-21 Premier League final defeat to Chelsea at Old Trafford.

Lawrence had scored to give United the lead but Chelsea came from behind to win 2-1.

The Wrexham-born player recently made his senior United debut in the 3-1 win over Hull City.

Wales, who lost 1-0 to group leaders England at Derby in March, are currently third - 19 points behind England and three points behind second-placed Moldova.

Monday's match in Swansea will be their final home game of the campaign with away matches in September away to Finland and Lithuania to complete the group.