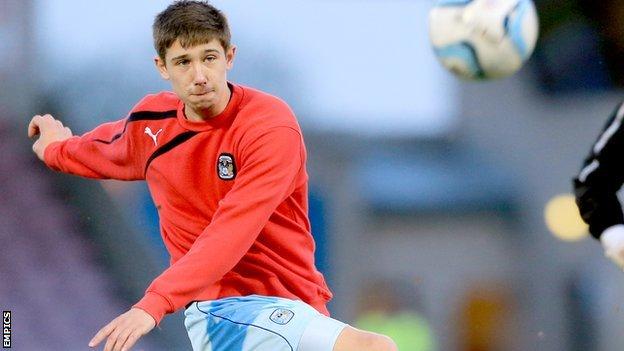 "Jack is a player that we have high hopes for because we feel he has great potential," boss Steven Pressley said.

"He's done very well in our development squad and he'll be welcomed into the first-team set up."

Finch's progress through the ranks was acknowledged by his inclusion in the Sky Blues matchday squad towards the end of last season.

He becomes the second Coventry academy player to sign professional terms recently after goalkeeper Lee Burge and will stay with City until at least June 2016.