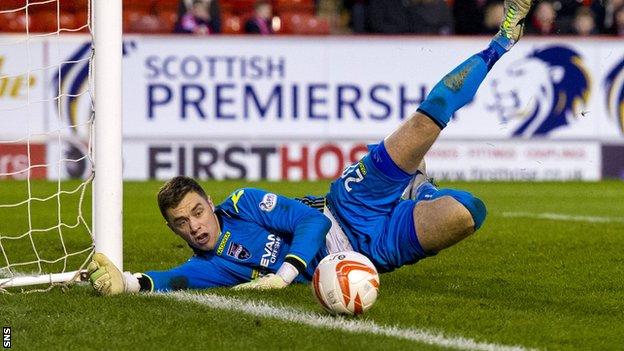 Michael Fraser has left Ross County with the goalkeeper out of contract this summer.

The 30-year-old, who has just returned to action after having an appendix operation, spent a total of three seasons at Victoria Park.

Originally from Drumnadrochit, his sporting career began in shinty but as a footballer he has had spells at Inverness and Motherwell.

Boss Derek Adams is to speak to other players soon to be out of contract.