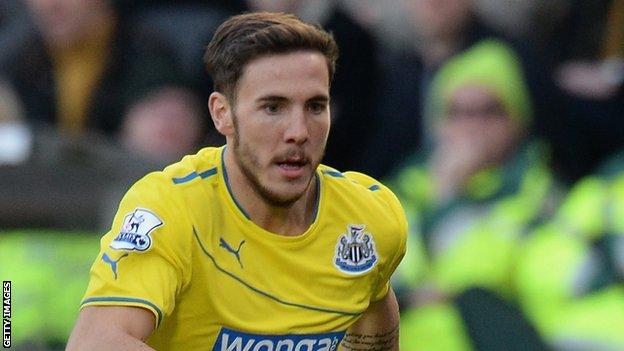 Bournemouth have agreed to sign former Newcastle midfielder Dan Gosling on a four-year deal, subject to a medical.

Gosling, 24, was released by Newcastle on Thursday and will join on 1 July.

He joined the Magpies on a free transfer in July 2010 but has made just five Premier League starts, with a further 19 appearances from the bench.

He began his career at Plymouth before joining Everton for £2m in January 2008 and spent part of 2013-2014 on loan at Championship side Blackpool.

In March, Gosling was fined £30,000 by the Football Association for breaching betting rules.