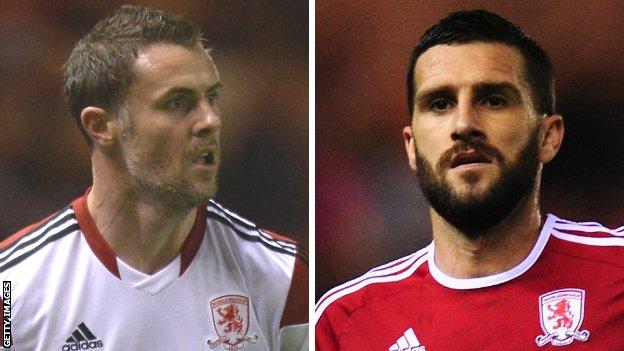 Middlesbrough have released eight players who are out of contract this summer, including defenders Frazer Richardson and Stuart Parnaby.

Richardson, 31, made 11 appearances for Boro following his arrival last August but then was sent on loan to Ipswich.

Swiss goalkeeper Leutwiler was limited to five outings for Boro since joining the club from Basel in 2012.