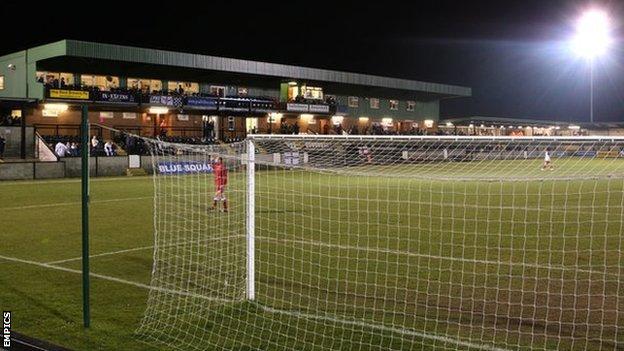 Conference Premier Salisbury City have been taken over by a consortium made up of a Dubai-based Moroccan businessman and Whites supporter Mark Winter.

"Myself, and all the fans, are thankful we've been able to secure the future of the club," Winter told BBC Wiltshire.

"It's not going to be boom-and-bust. Our thoughts are that we stabilise the club and run it in a sensible way."

Harrison-Allan was part of a consortium, alongside Chris Brammall and Jeff Hooper, who took over the Whites in the 2009-10 season and led them out of financial turmoil.

The club officially came out of administration in December but four months later the chairman issued a plea for new investors to come forward, to help sustain the club next season.

Winter confirmed that Touzar would now be the main investor at the Conference Premier outfit.

"He's a very keen football fan and is well connected in the football world," added Winter.

"Most people who are looking to invest will look at the Premier League but he comes from a small Moroccan town of a similar size to Salisbury.

"There's nothing that's going to change here in the short term. But we are both marketeers and the club needs a good marketing plan. It needs to reach out to the wider community."

Salisbury, managed by Mikey Harris, finished 12th in the table this year - their first season back in non-league's top tier.