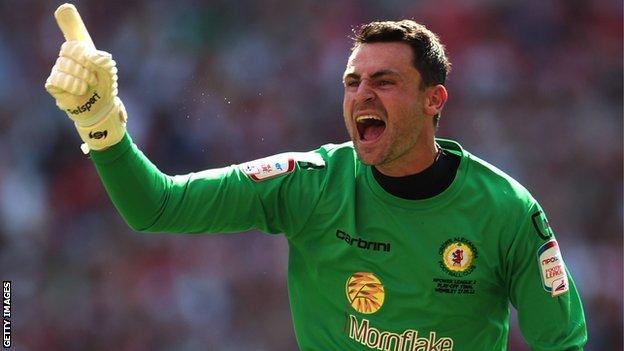 Veteran Crewe Alexandra goalkeeper Steve Phillips is among five players being released by the League One club.

Phillips, 36, has played more than 600 games in a career spanning nearly 17 years, but has not played since October because of injury.

Crewe have also confirmed that they are talking to forward Byron Moore over a potential contract extension.

Moore, 25, who came through the club's youth system, has made nearly 300 appearances.

He had been contemplating retirement at the end of this season after damaging his shoulder. - and is to take up a coach with the Academy at Premier League runners-up Liverpool.

Former Bolton trainee Ellis, 25, signed from Torquay following promotion two seasons ago, made 40 appearances for Crewe as they secured their place in League One for another season in 2013-14.

Ghanaian Osman, 27, ends his two-year stay at Gresty Road while 24-year-old Leitch-Smith, another graduate of the club's academy system, who has been linked with League Two club Cheltenham Town, scored 19 times in 103 league games.