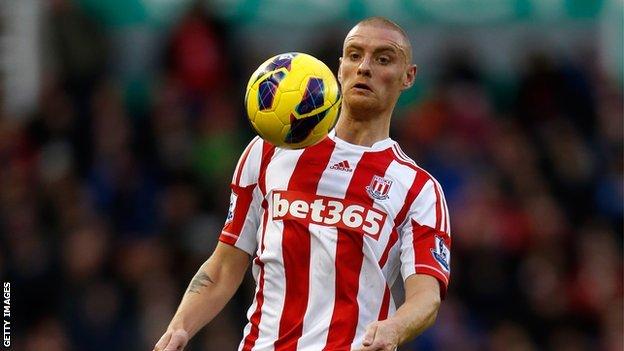 The 29-year-old full-back has agreed an initial deal until next summer but has an option to extend that by a further 12 months.

Wilkinson has made more than 180 league and cup appearances for the Potters since making his debut in October 2001.

He was restricted to five Premier League games in 2013-14, starting just twice.

"Everyone knows how much the club means to Andy - he's Stoke City through and through," Potters boss Mark Hughes told the club website.

"He didn't play as many games last season as he would have hoped but he's determined to force his way back into the side on a regular basis and still has a part to play going forward."