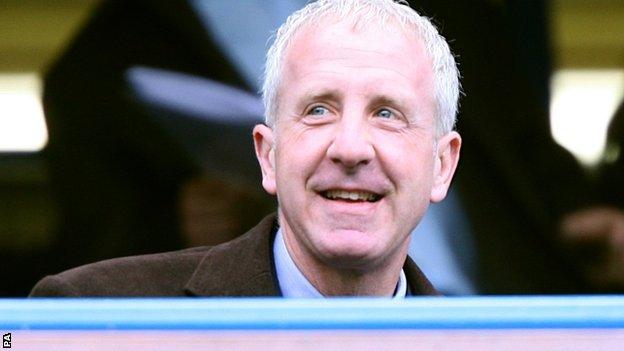 American owner Randy Lerner has been urged to find a suitable buyer for Aston Villa soon.

Lerner, who took control of Villa in a £62.6m takeover in 2006, announced on Monday that the club was up for sale.

"We would ask the sale is completed as quickly as possible in order that the new owner can put his team in place," the Aston Villa Supporters' Trust (AVST) said.

Lerner is believed to value the Premier League club at about £200m.

That figure is £100m less than Lerner's estimated total investment in the club.

The 51-year-old American, who sold the Cleveland Browns American football franchise for a reported $1bn (£600m) in August 2012, has appointed investment bank Merrill Lynch to find a buyer.

The AVST also wants Lerner's successor to show the same "respect for the club's traditions and heritage".

Villa achieved three successive sixth-place finishes in the Premier League between 2008 and 2010, but only avoided relegations by five points and three places last season.

Manager Paul Lambert's position as manager has been called into question by the battles against relegation that have characterised his two seasons in charge and also by the uncertainty over the club's ownership.