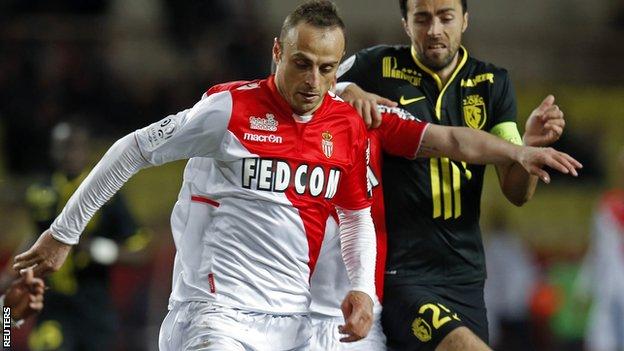 The 33-year-old Bulgarian joined the principality club on loan from the Cottagers in January, although it was later reported that his contract with Fulham had been terminated.

"I feel at home here. Next season is going to be interesting," he said.

Monaco vice-president Vadim Vasilyev added: "He is a great player and we are very proud to have him next season."

Berbatov, who also played for Tottenham and Manchester United in the Premier League, has scored six goals in nine Ligue 1 appearances for Claudio Ranieri's team.

But it was not enough for them to prevent Paris St-Germain becoming French champions for a second successive season.