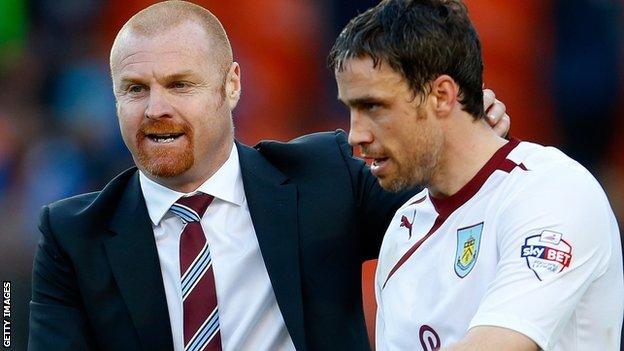 Burnley have offered contracts to four players following their promotion to the Premier League, including veteran centre-back Michael Duff.

The Northern Ireland international, 36, has been at Turf Moor for 10 years.

The Clarets, who will return to the top flight after a four-year absence, had already released Nick Liversedge, David Edgar, Brian Stock and Keith Treacy.

Duff started 42 games for Burnley this season, 41 of them in the league, as Sean Dyche's side finished second in the Championship behind Leicester.

He has made 337 appearances for Burnley since joining from Cheltenham for £30,000 in 2004, scoring eight goals.