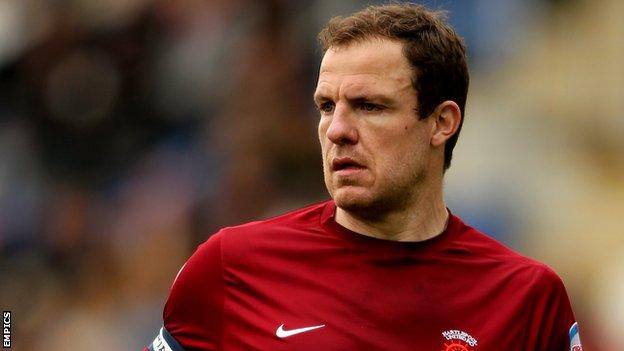 Hartlepool United defender Sam Collins has taken on an assistant coach role, working with both first-team and reserve players at Victoria Park.

Collins, 36, signed a new contract to join Colin Cooper's coaching staff, and will continue his playing duties as part of the first-team squad.

Since he joined Pools in January 2008 from Hull City, Collins has made 259 appearances, scoring six goals.

"It was an opportunity too good to turn down," Collins told the club website.

Pools had been seeking a replacement for former assistant boss