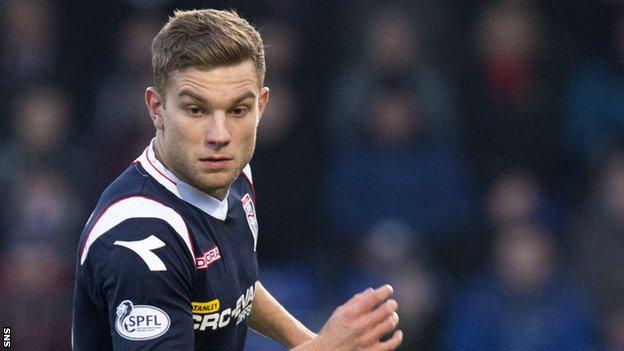 Cooper and Glen are the latest players to be released as part of widespread changes at the Dingwall club.

It had already been announced that goalkeeper Michael Fraser and assistant manager Neale Cooper were leaving.

Meanwhile, manager Derek Adams, whose side finished seventh in the Scottish Premiership, said: "We're aiming for something like seven new players."

Adams, though, says his immediate priority is trying to convince some stalwarts of his present squad to agree new contracts.

The influx of new players helped County battle their way clear of the relegation play-off spot.

When asked about the possibility of some of them returning to Dingwall, Adams refused to rule out such an eventuality.

"They have all gone back to their parent clubs now after putting in some great performances for us," said the manager.

"But it's early days and we'll have to wait and see what happens over the coming weeks."

Chairman Roy McGregor had warned at the end of the season that County would be "taking stock" after disappointing starts to their top-flight campaigns in the last two seasons.

Of Fraser, Glen and Cooper, Adams said: "They've done well for us and I wish them all the best.

"I'll be speaking to other players over the coming days about their futures with the club."

Glen, capped by Scotland at Under-19 level, joined County in 2012 after leaving Hearts, but the 24-year-old has failed to become a regular starter and most of his 16 appearances this season have been as a substitute.

Inverness-born Cooper, who represented his country at Under-17 level, was on Liverpool's books as a youth but has spent his whole senior career with County.

The 22-year-old has been unable to establish himself as a regular starter this season during his 17 appearances.