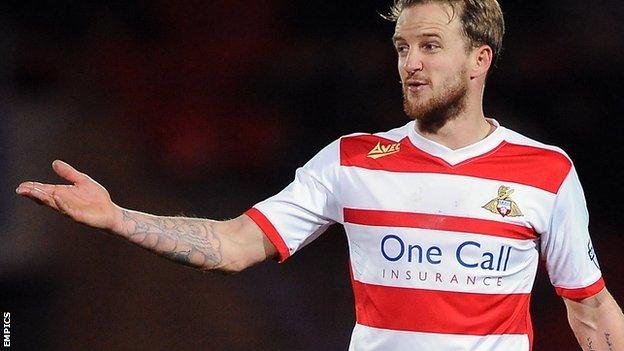 The 33-year-old joined the Keepmoat Stadium side in 2004 and has made 360 league appearances for them.

Striker Paynter, 29, joined Rovers from Leeds in August 2012 and helped them to promotion in his first season but spent the end of this campaign on loan at Sheffield United, failing to score in 13 games.

Wales international winger Cotterill, 26, was also instrumental in helping the club back to the Championship but struggled for form this season.

Midfielder Keegan, 29, made 34 appearances in all competitions for Paul Dickov's side.

Former Chelsea goalkeeper Ross Turnbull, 29, made 28 appearances this season but did not feature after 28 January.