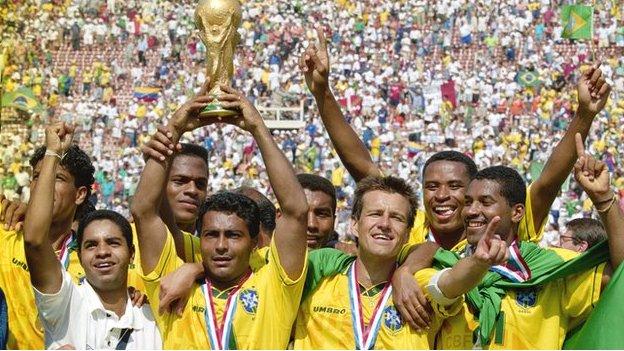 BBC Sport looks back at the story behind every Fifa World Cup since its debut in Uruguay in 1930.

Against a backdrop of war, natural disasters and terrorism, the World Cup has flourished from an invitational event involving 13 nations to a competition involving 200 teams from all over the world. 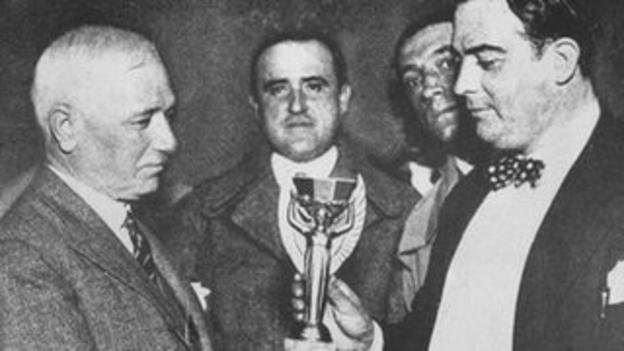 Uruguay hosted the first tournament in 1930, before Italy and France staged the event on a troubled continent.

The hosts triumphed in 1930, with Italy victorious four years later and then defending their crown in France in 1938. 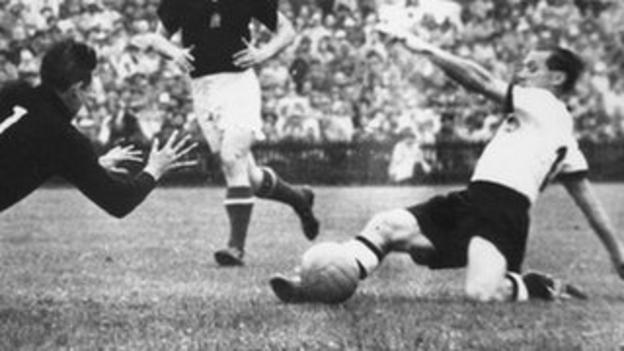 Both tournaments saw the favourites defeated in the final, with Brazil suffering a shock defeat to Uruguay in 1950, while West Germany performed the 'Miracle of Bern' to beat Hungary in 1954. 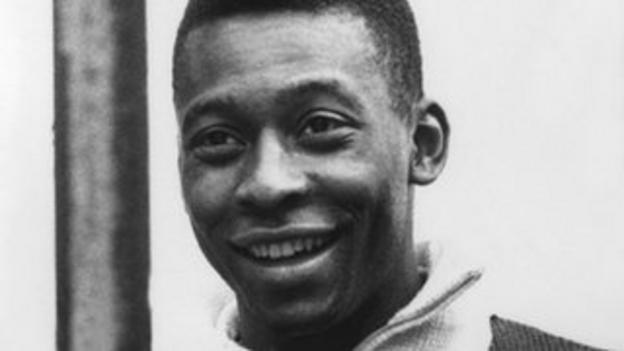 Sweden hosted the 1958 tournament, with 17-year-old Pele becoming a global superstar with two goals in the final.

Chile staged four years later despite an earthquake shortly before the event, and Brazil comfortably won their second trophy. 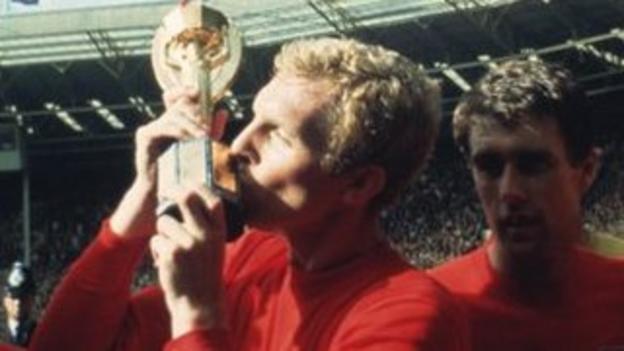 England played host in the era of 'Swinging London', and Geoff Hurst's hat-trick in the final secured the Jules Rimet trophy for the hosts for the first time. 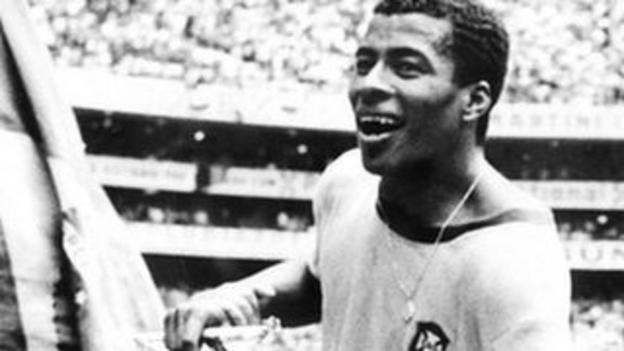 Mexico staged the first tournament to be broadcast around the world to colour televisions.

On the pitch, a great Brazilian side swept aside all-comers in style for their third world title. 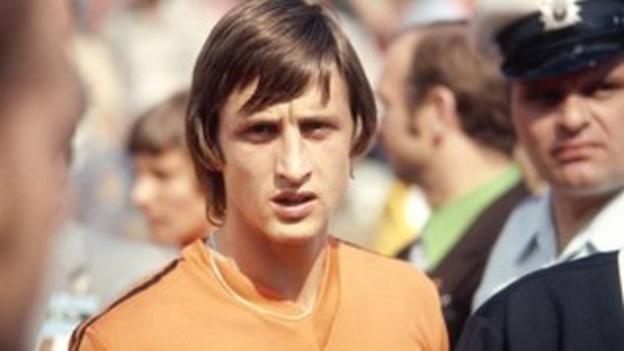 West Germany hosted a tournament under the spectre of the Cold War.

On the pitch, the Netherlands' 'Total Football' delighted spectators, but it was not enough to beat the hosts in the final. 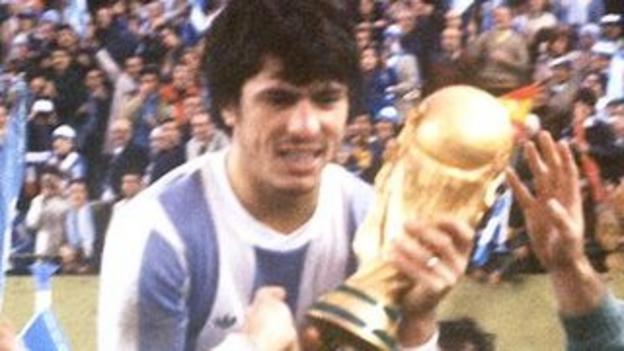 Argentina hosted its first tournament whilst under the rule of a military junta.

Mario Kempes starred for the hosts as they won their first World Cup on a ticker-tape strewn pitch. 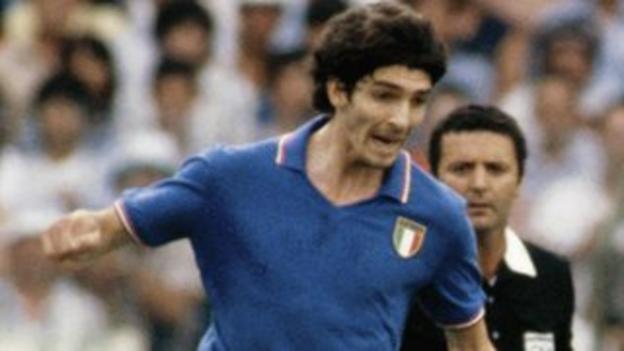 Seven years on from the death of General Franco, a democratic Spain played host.

But it was Italy who would ultimately triumph, with Paolo Rossi powering them to their third World Cup title. 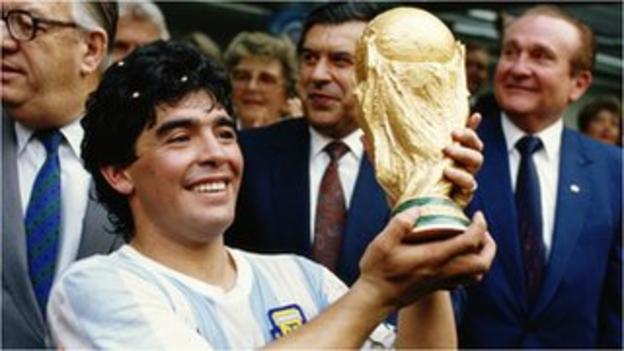 Mexico hosted for the second time, despite an earthquake just eight months before the tournament.

On the pitch, Diego Maradona inspired Argentina to their second title. 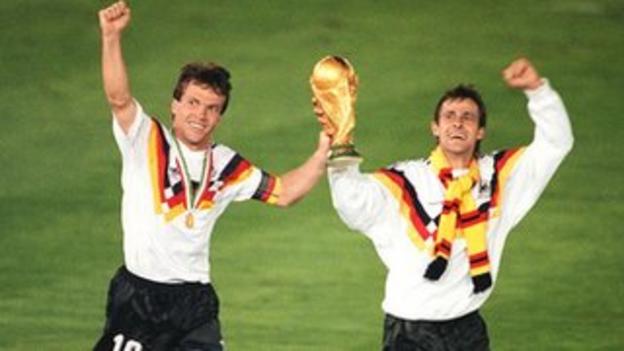 Italy hosted their second tournament, but it was marred by negative tactics and a lack of goals.

Despite England's best performance since 1966, it was West Germany who claimed their third World Cup title. 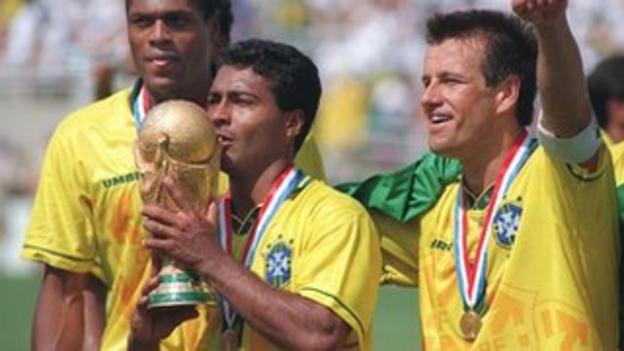 The United States of America hosted its first tournament in front of huge crowds. 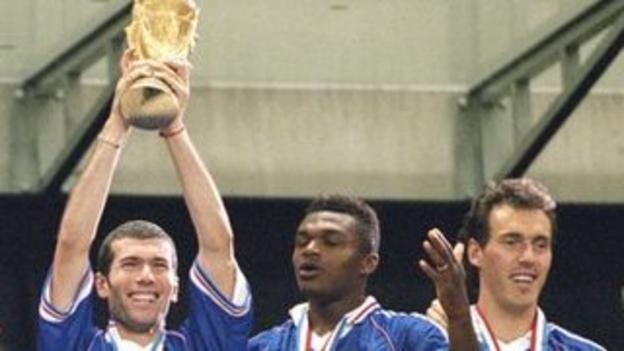 France's multi-cultural squad brought the country together and the Champs-Elysees to a standstill when a Zinedine Zidane-inspired team won their first world title on home soil. 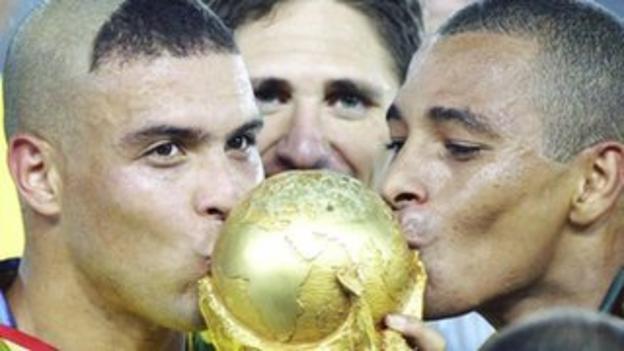 Asia hosted its first tournament, with South Korea and Japan sharing the event. 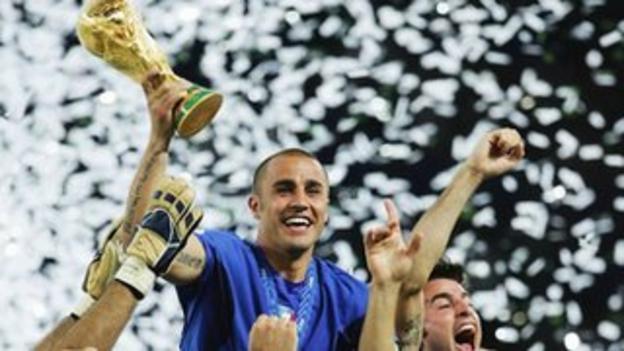 We look back at the story of the 2006 World Cup, when a German nation played host and united around their country's run to the semi-finals.

Italy would overcome France in the final, but only after Zinedine Zidane's violent last act. 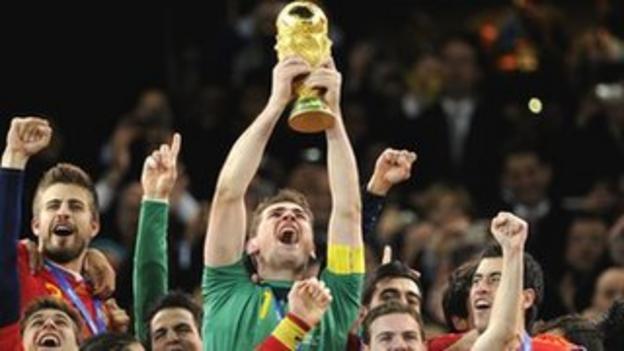 A look back at the story of the 2010 World Cup in South Africa, the first World Cup to be hosted on African soil.

Spain won their first world title, edging a bruising encounter with the Netherlands.