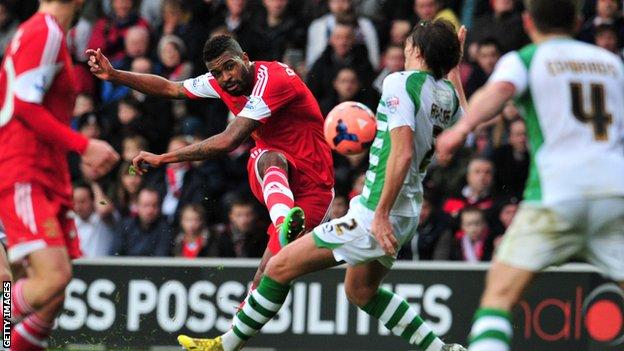 Southampton have released Guly do Prado, Lee Barnard and Jonathan Forte at the end of their contracts.

Brazilian Do Prado, 32, scored 23 goals in 118 appearances during four seasons with Saints.

The forward helped the club achieve back-to-back promotions to reach the Premier League, but made only 12 first-team appearances this season.

Cody Cropper, Lloyd Isgrove, Sam McQueen, Omar Rowe and Jake Sinclair have all been offered extended stays after being involved in the first team in 2013-14.

A number of younger players have also been released, including development squad members Matt Young, Joe Curtis and Andy Robinson.

Jamal Branker, Fraser Colmer, Charlie Higgins and James White are others to leave, while Tom Leggett and Isaac Nehemie have joined Aston Villa on professional terms.