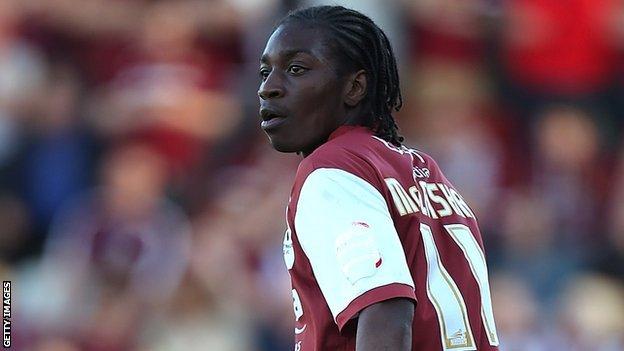 Winger Jermaine McGlashan will leave Cheltenham Town this summer after turning down a new deal at the club.

The 26-year-old became the club's joint-record signing in January 2012 when he moved from Aldershot Town for a reported £50,000.

He has scored 13 goals in 116 games and featured in two League Two play-off campaigns with the Robins.

"Decided after long thought it was time for a new challenge," McGlashan posted on his Twitter account.

A statement on the club website read: "Manager Mark Yates confirmed earlier this week that he was closing in on his first signing of the summer and the club will now pursue other targets following Jermaine's decision."