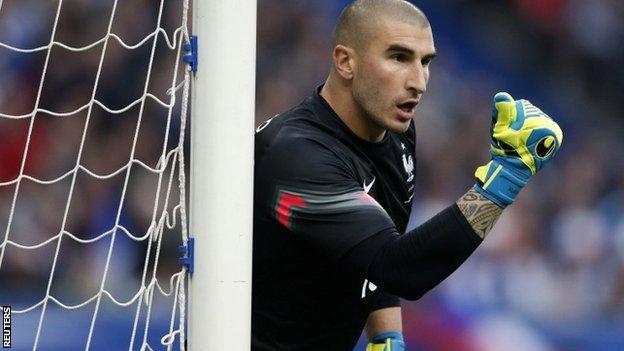 France have confirmed St Etienne keeper Stephane Ruffier in their World Cup squad after an injury to Steve Mandanda.

Mandanda, 29, cracked a vertebra in his neck while playing for Marseille on the final day of the French season.

France's second-choice keeper, who has 16 caps, was struck in the face by the knee of Guingamp's Mustapha Yatabare.

Ruffier, 27, who has been linked to Arsenal, won his second cap in the 4-0 friendly win over Norway on 27 May.

France are in Group E of the World Cup, which begins on 12 June.

They will play Honduras in their opening game on 15 June, before also facing Ecuador and Switzerland.