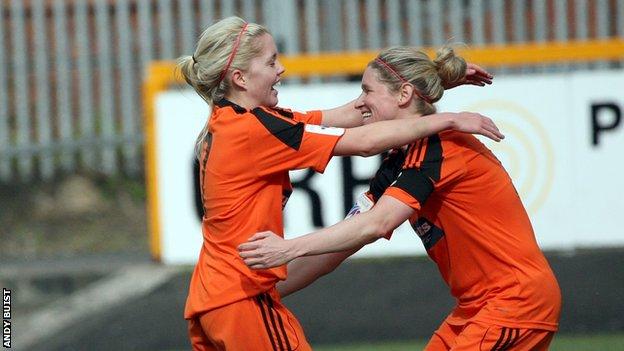 Rangers recorded a 2-0 victory over Hamilton Accies, thanks to goals from Lisa Swanson and Suzanne Mulvey.

Forfar went down 7-2 to Aberdeen, despite coming from behind twice, while Spartans romped to an 11-0 home win against a dejected Inverness.

City remain in pole position, two points in front of closest rivals Rangers, and maintain a 100% record, while Hibernian consolidate their place in third.

Celtic remain fourth, one place above Spartans, who have the impressive Sarah Ewens and Kerry Montgomery to thank for their convincing result today, with Ewens netting four and Montgomery bagging a hat-trick.

It was also a good run-out for mid-table Aberdeen's Rebecca Dempster, who scored five goals in the win that widens the gap between them and Hamilton Accies.