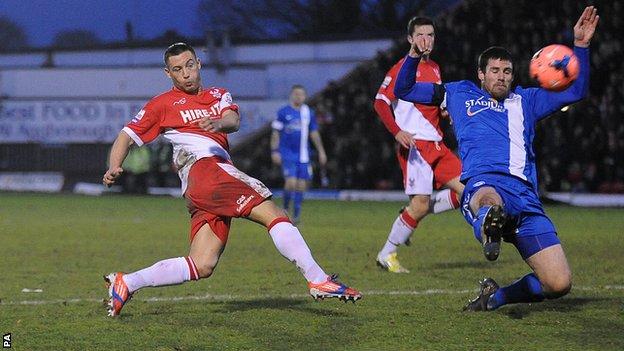 The 27-year-old, who has signed a two-year deal, made 157 league appearances in four years at Harriers.

*did not play for club

"I've only heard good things about Mark from people at Kiddy. I can't thank the club enough, but there's a time when you have to be selfish," said Vaughan.

"This is a great career move for me and I'm not here to find my feet, I want to be pushing at the top of League Two with Cheltenham."

The full-back was last on the books of a Football League club in 2010, but left Walsall having failed to make his debut.

A spell with AFC Telford United followed before joining Kidderminster.

"I know Mark Yates wants to play with young, hungry lads and has a good reputation of bringing players through from non-league," Vaughan told BBC Radio Gloucestershire.

"I've learnt my trade in the Conference, and now it's time to play at the level where I feel I should be."